Radiocrafts has just released a new application note, AN048: Border Router Redundancy in RIIM, where we detail how to easily add redundancy in Radiocrafts’ Industrial IP Mesh solution, RIIM!

This is achieved by adding a stand-by Border Router to an already operating mesh network, thus, eliminating the possibility of losing all sensor data in case the primary Border Router fails.

Radiocrafts also presents a simple 3-step guide on how to implement this which includes: 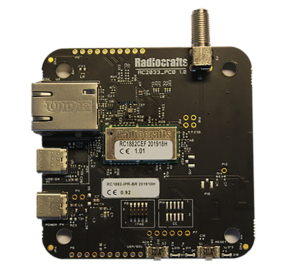 To provide you with an example, we assume the already-operating network is operating on PAN ID xxxx, and the stand-by Border Router on PAN ID yyyy.

Using Radiocrafts’ ICI framework, which is available in the RIIM module, child nodes would regularly poll the Border Router, sending it a simple Ping message. In case no answer is received, the child nodes would then learn that the Border Router is no longer available. They would then leave their old network which operated on PAN ID xxxx, change their PAN IDs to yyyy, and start a new joining process, to join the stand-by Border Router.

You can download the application note, AN048: Border Router Redundancy in RIIM here!

If you are interested in testing RIIM’s Border Router Redundancy for your application, Radiocrafts recommends you buy a RIIM development kit! The development kit will allow you to quickly and easily create a wireless link or network where you can make a good analysis of the RIIM network.