KNX is an international standard and preferred communication protocol developed for building automation. An RF module with a complete KNX-RF Multi stack ensures inter-operability and the most compact solution for integration of wireless into your wired KNX_System. Radiocrafts is a long standing member of the KNX Association participating in the development of the RF Multi standard, and provides a short time to market compact module solution to be used in home appliances and gateways.

AUTO ACKNOWLEDGE UP TO 64 SLAVES 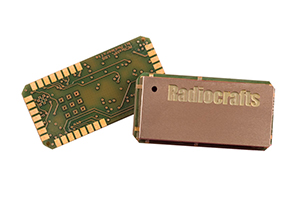 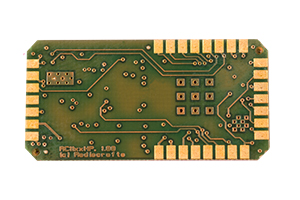 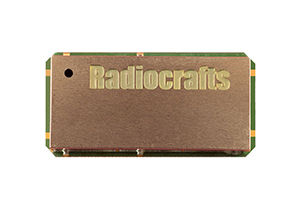 The KNX RF Transceiver Module is a compact, surface-mounted, high performance module with embedded KNX-RF Multi protocol as defined by the KNX Association. The module has a UART interface for serial communication and configuration. The module supports a fast link acknowledgment of up to 64 receivers. The module is pre-certified for operation under the European radio regulations for license-free use and measures only 12.7 x 25.4 x 3.3 mm with shielding. When used with quarter-wave antennas a line-of-sight range of 600-800 meter can be achieved. The physical layer complies with the relevant parts of the EN 50090 (ISO/IEC 14543-3).

A KNX based building automation system normally consists of a number of sensors which report their readings and status to a concentrator for further processing, or directly triggering actuators. The network topology is one-to-many or peer-to-peer. KNX RF does not use the Master – Slave concept of, for example, Wireless M-Bus. But several receivers can receive the same message based on registering the group (or individual) address of the transmitter. The idea is that receivers can “subscribe” to messages from certain transmitters. The pairing of transmitters and receivers is normally done by a PC-based tool.

The Radiocrafts KNX RF family of modules RC11xx-KNXx can be used both as transmitters or receivers. The module is configured with a unique address (Serial Number), and a Domain Address. When transmitting a sensor reading or command, this address is added to the wireless message. Up to 64 transmitter addresses (the 6 bytes of the extended address) can be registered in one receiver which will then filter messages from only these transmitters.

The “fast ack” is used by the receiver to acknowledge the reception of the message. There are time slots dedicated for up to 64 receivers to send their acknowledgement to the transmitters command. If the command was not acknowledged by all receivers, it will be sent again.

Sensors, which can only be transmitters, can be battery operated as they can be set in sleep mode when not transmitting.

A Repeater can be used to increase the range of the RF system. Messages from transmitters whose address has been registered in the Repeater will be re-transmitted, in up to 6 hops. 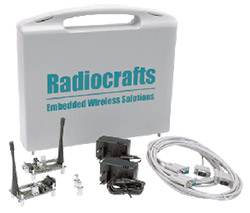 For all our KNX modules, Development Kit suitcases are available for rapid prototyping and proof of concept. The kits contain:

One kit will make a wireless link “out of the box” and feature easy access to all the modules I/O-pins. The kit can be used together with the PC software tools.

The standard is based on the communication stack of EIB but enlarged with the physical layers, configuration modes, and application experience of BatiBUS and EHS. KNX defines several physical communication media such as Twisted Pair wiring (inherited from the BatiBUS and EIB Instabus standards); powerline networking (inherited from EIB and EHS – similar to that used by X10); radio (KNX-RF); Infrared; Ethernet (also known as EIBnet/IP or KNXnet/IP).

KNX is designed to be independent of any particular hardware platform. The most common installation is using twisted pair as a medium.

For any module inquiries please contact our local partner.

Or buy online at Digikey.com