Do you remember the fun old days? When regulating the temperature in your home was more of a guessing game than anything else because you would receive no feedback from your heating devices. It was always too hot or too cold and you could never seem to get that perfect temperature correct. Those simple times are coming to an end. According to Forbes, the IoT industry is expected to grow from 157 billion US dollars in 2016, to 457 billion in 2020. This is an annual growth rate of about 28.5%, which is unmatched by any other industry in the world.[1] 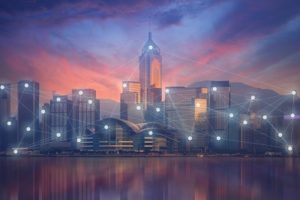 We are now connecting billions upon billions of devices including smart homes, buildings, offices, watches, phones, cars. What is next? Smart pancakes? Where your pancake maker starts automatically making pancakes when it hears your phone alarm go off in the morning. For now, this is sadly only a dream, but within the next decade, basically everything and anything will be connected and communicate with each other. We are reaching a point where there will be a sensor installed to monitor EVERY seat in a stadium, EVERY crop in a farm, or EVERY product in a shopping mall. This sounds amazing does it not? But of course, as with most things, it comes with major complications, and one of the main complications is being able to have an efficient high-density network to support these needs.

In this blog post we will talk about one of the essential features which a high-density network needs to function efficiently, which is, the effect of short airtime.

Short Airtime: Airtime is the time it takes for a packet of data – sent along a network – to occupy the radio channel, or, in other words, preventing others from sending. The problem with a long airtime is that it creates this bottleneck effect that prevents data from filling the network pipe. If you have a dense network with hundreds or thousands of devices sending data through the network, this will create a network congestion because of the high delays in sending data. By having short airtime, you are allowing the traffic of data to move quickly, creating an efficient network. Additionally, frequent readings and updates are possible with short pulse lengths which ensure that many messages can be sent during the space of an hour, without violating the duty cycle that is imposed by radio regulations. 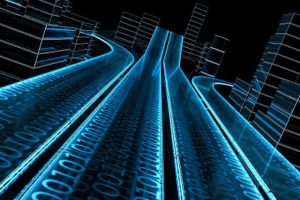 Having long pulse lengths are a major concern when frequent readings are required in a high-density network as packet collisions become a problem as you increase the number of nodes in a network. Short pulse lengths also allow your device to operate on a coin cell battery and are a main parameter for achieving low power. This means that your device can be placed anywhere you want since it is battery operated and it can have a lifetime of several years which is also essential in a high-density network. You don’t want to be changing batteries for thousands of devices every few weeks, do you? Can you imagine the costs you would incur?

If we look at an example of communication technologies available today, LoRa has an airtime in transmit of about 1.35 seconds compared to RIIoT™’s (Radiocrafts Industrial IIoT) 45 milliseconds. RIIoT™ also supports 2 additional features which are Listen-Before-Talk, where a radio transmitter first senses its radio environment before it starts a transmission, and Ack/Retry, where if data sent is not properly received, the module will repeat the data until it is received. Now, why is this important?

let’s look at why this difference in airtime is important with an example which we are all too familiar with. We have all been students before, haven’t we? Living in a corridor or dormitory with other students and sharing a kitchen. Now let’s look at 2 different scenarios where there are 2 different corridors. In one corridor, the students enjoy slow cooking their succulent chicken dishes for 1-hour in the oven (LoRa) while in the second corridor, the students enjoy eating their fast and efficient, 2-minute noodles straight out of the packet (RIIoT™). Strangely enough, all the students eat on random times, evenly spread out throughout the day. The long cookers (LoRa) have no problems when there are only 1 or 2 people living in the corridor. 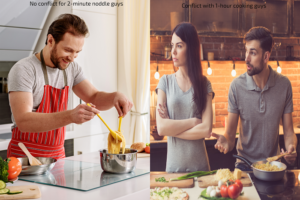 There is enough space in the kitchen for them to cook their delicious chicken dishes separately, enough kitchen utensils to be able to work efficiently, with the only minor problem being that they have to share the oven which is not a huge issue since there are only 2 people. However, as you increase the density of students, having random cooking patterns, regardless of if someone is already cooking or not, this creates a major congestion in the network as now you have a conflict in the shared resources. Suddenly you have 4 or 6 people trying to shove their chicken dishes in the oven when the oven already has a half-cooked chicken inside, and one person trying to cut his chicken pieces with a spoon because all the sharp knives are being used. Now, the jolly 2-minute noodle guys (RIIoT™) don’t have nearly as many conflicts, because they only take 2 minutes in the kitchen. As quickly as they came, they are gone again.

The reason why this example is relevant is because these ratios (2 minutes and 1 hour) are the same for RIIoT™ if you compare it to LoRA. The pulse length for RIIoT™ as mentioned previously is 45 milliseconds compared to the 1.35 seconds for LoRa which is a big difference in transmit times. In this case, the “shared resource” is the spectrum, which is easily congested when you have these long transmit cycles like LoRA has. RIIoT™ on the other hand can share the spectrum in a more efficient way. But how do the 2 aforementioned features, Listen-Before-Talk and Ack/Retry apply here?

To continue the student example, the 2-minute noodle guys are also polite, they actually check the kitchen to see if it is free before they enter which is what RIIoT™ does with Listen-Before-Talk. A RIIoT™ transmitter checks if there is a free channel before transmitting its data. This feature helps to minimize data loss as it prevents data collisions. 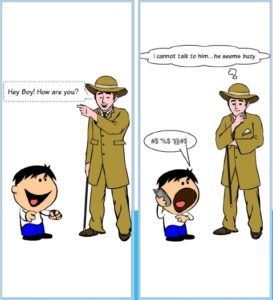 RIIoT™ is a “Polite Spectrum User” which means that it can use a higher percentage of the radio channel than a technology that sends without checking. The percentage goes from 1% (0.1%) to 2.8% in Europe. If the student still enters the kitchen and realizes that it is too busy, he will come back later and check again to see if its available, which is what RIIoT™ does with Ack/Retry. If the data is not received, the RIIoT™ module will repeat the data until it is received properly. These are the reasons why short airtimes are so important to have an effective high-density network.

What you should take away from this blog post is that in the near future, billions upon billions of devices all around the globe will be connected to one another. One major factor we need to consider in this rapidly expanding IoT evolution is how to cope with the increasing density of our networks. We need to understand the effects which a long/short airtime have on our networks because in the end of the day, the decisions we make, and the technologies we choose to work with, will have a grand impact on our business.

So, what other features do you find important to achieve an efficient high-density network? What applications do you think a short airtime would be critical to have? Do you disagree with any of the statements we have made? Use the comment section below to start a discussion, ask questions, or just to give feedback and say hi. Radiocrafts or another blog reader will answer!

If you are interested to learn more about Radiocrafts’ new product line, RIIoT™, please visit our webpage here.