Do you find that creating a network sensor node is a long and complex process that requires expertise in many different fields including RF, low-level programming, electronics, controller development tools, and many, many more? Do you wish this process could be simplified? With Radiocrafts’ ICI Framework, you can quickly and easily create a smart autonomous network sensor node which can read and manage any sensor you can think of, with a level of abstraction so high that you can program a complex data processing application in less than 100 lines of high-level C-code with no need for knowledge of low-level programming. ICI is completely embedded in the RF module meaning there is no need for supporting circuitry.

All you need for the complete node is the RF module, power, an antenna, the sensor chips and units you wish to control, and that is it!

ICI is available on the RIIoT SPR Module and the RIIM IPM Module. 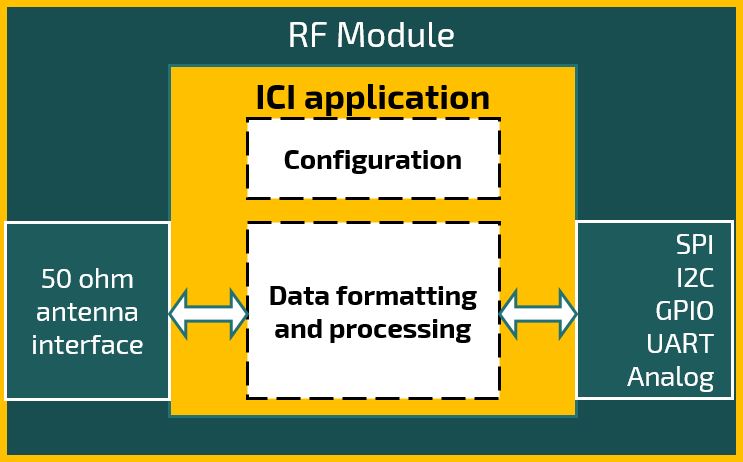 ICI (Intelligent C-Programmable I/O [i:zi]), is an event based framework made by Radiocrafts which gives users access to the module’s resources. These resources include:

ICI enables the user to control the RF module by a customer defined, high level C-program, loaded at boot. This functionality allows network designers to create any sensor or controller interface desired, and to perform local data processing in the module (Mist Computing). The Radiocrafts modules with ICI support are also Over-The-Air (OTA) upgradable. This means that the user can update the user defined ICI firmware when the network is deployed and in full operation, so new sensors/controllers can be added when the need arises.

The ICI “limitations” are really just defined by the designer’s creativity! 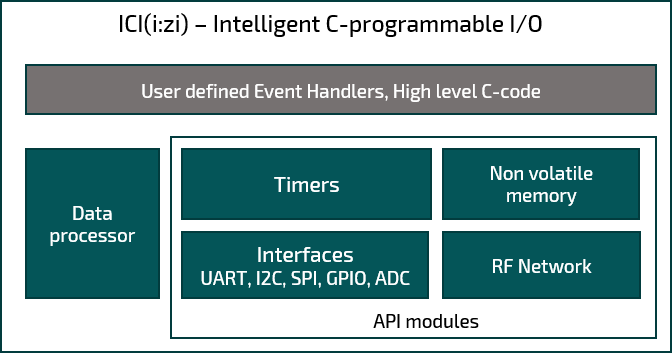 You can explore and test a number of ICI examples using the RIIM SDK, created to help the customer better understand the benefits and functionality of ICI. The examples include:

Creating an intelligent network node has never been so easy with ICI!

You can download the RIIM SDK here and start creating your own highly efficient RF networks!