Radiocrafts has tested and confirmed the low power expectations for a RIIM leaf node! We tested the sleep current for the leaf node to be 8 uA, which is a great measured result that will ensure very long battery life for the RIIM leaf nodes.

The RIIM Module, RC1882CEF-IPM, can be configured as a Border Router, Mesh Router, or a Leaf Node.

A RIIM leaf node can be put in “Sleepy Node” mode and only wake up when there is activity to report or read. The node is still active on the network, but in a very low level just to maintain the dynamic network. The average current we tested for a “Sleepy Node” in standby is 8 uA, which will enable coin cell battery operations or energy harvesting solutions. 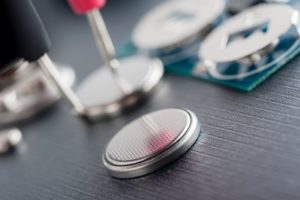