IPv4 has been the reigning Internet Protocol version for several decades now, even to this date. The IPv4 address space is 32-bits which allows for just over 2^32, or, 4 billion addresses which, up until now, has been sufficient. Recently, we are seeing a trend where virtually everything and anything is connected to the internet. Therefore, it is expected that soon enough, the 4 billion address spaces provided by the IPv4 will be used up. 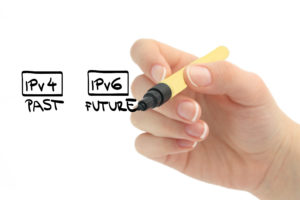 This is where IPv6 comes into play, which is an extension of the IPv4 and was mainly deployed to fulfill the need for more internet addresses. The IPv6 address space is 128-bits which allows for over 2^128, or, 340 undecillion addresses. Undecillion? This sounds like a magic spell straight out of a Harry Potter book, but, it is actually a number that is equivalent to 340 trillion trillion, or, in a more visual sense, 340,282,366,920,938,000,000,000,000,000,000,000,000 address spaces. Did you know that such a big number even existed? An increased number of IP addresses is the primary purpose and benefit for IPv6, but not the only one.

Therefore, in this blog post we will talk about what IPv6 actually is and what other benefits it has over its predecessor, IPv4. Finally, we will provide an example of a technology that uses IPv6 communication, which is Radiocrafts’ newest product line, RIIM™, Radiocrafts Industrial IP Mesh. 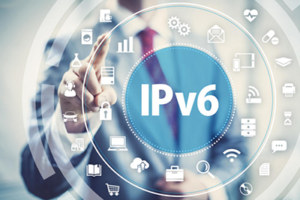 IPv6 is the latest version of the Internet Protocol, which identifies devices across the internet so they can be located. Every device that is identified through the internet has its own IP address in order for internet communication to work. The current industry norm is the IPv4 but is slowly being replaced with IPv6. IPv6, due to its more complex nature and immense amount of address spaces, is used more for the IoT industry.

The IPv6 protocol, which is 128-bits, consists of 8 numbered strings, and each containing 4 characters, separated by a colon. This gives us an unfathomable number of supported devices, 340 undecillions to be exact. So, with IPv6, rest assured that we will not be running out of IP address spaces anytime soon. 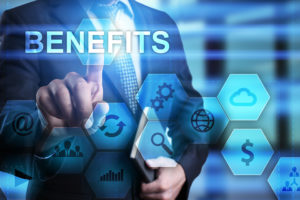 RIIM™ (Radiocrafts IP Mesh) is an embedded RF system designed to be an all-inclusive, easy to use mesh, with direct IP addressing. The RF protocol is the IEEE802.15.4 g/e standard. RIIM™ includes an Intelligent C-programmable I/O (ICI), which makes it possible to directly interface to any sensor or actuator, and, it supports Mist Computing. RIIM™ does not require any license or subscription fee.

The RIIM™ network uses 6LoWPAN packets in the RF network to enable IPv6 communication to each individual sensor/actuator. This makes RIIM™ directly compatible to most cloud services. Additionally, the mesh set-up is 100% automatic. Just add the PAN ID and the network will form itself using an algorithm that finds the most optimum path to reach individual nodes in the network, and, it stores the information in a routing table. You can monitor the quality of the links via the RIIM™ Network Dashboard. RIIM™ can also talk to devices that use IPv4.

What to Take Away From This?

What you should take away from this blog post is that the IoT industry is rapidly changing. To be exact, it is growing at an annual rate of 28.5% per year, which is unmatched by any other industry in the world. One part of this growth is the enormous increase in the amount of devices we are connecting to the internet. As we connect more devices to the internet, we require more address spaces. This is why IPv6 is so important, the 4 billion address spaces provided by IPv4 will eventually be used up so we need to adapt to the current needs and begin a shift towards IPv6. In order to do this, we need to understand what IPv6 actually is, its benefits, use cases, so that we can make an educated and informed business decision on, for example, using an RF technology with IPv6 communication capabilities such as RIIM™.

So, what is your opinion on IPv6? What impact do you think IPv6 will have in the IoT industry in the years to come? Do you disagree with any of the statements we have made? Use the comment section below to start a discussion, ask questions, or just to give feedback and say hi. Radiocrafts or another blog reader will answer!