The sudden and seemingly endless increase in the urbanization process currently taking the world by storm is raising problems and concerns about the perceived quality of life in urban environments. Smart and effective solutions must be conceived and deployed in order to tackle the many issues related to public and private safety, healthcare, supplying of goods and resources, as well as their management and distribution. These types of solutions, now more than ever, commonly rely on strong technological support made up of sensors and devices spread throughout an urban layout. These sensors and devices combined with their corresponding management, control communication networks, and the related applications and services are used for improved urban sustainability and efficiency. This city environment, which is made smarter via embedded technological infrastructures is what is referred to as a “Smart City”. Many applications exist in Smart Cities where the sensors and devices are often placed in hard-to-reach places, such as, in smart metering, where these meters are often stored in basements or in metal cabinets where propagation conditions are poor. In such cases, a 169 MHz solution is most optimal. One such solution is Wize, a 169 MHz IIoT technology designed to achieve long range, great object penetration, and long battery life. 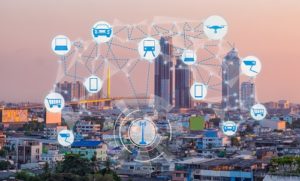 Therefore, in this blog post we will talk about the Wize Alliance, a non-profit organisation that brings together large international players from the industrial and utility sectors to support the implementation of Wize. We will then discuss the benefits of the 169 MHz ISM band, the Wize technology and why it is a great solution for dense urban environments. Finally, we will present Radiocrafts’ Wize module offering.

Who is the Wize Alliance?

The Wize Alliance is a non-profit association that promotes an international standard for the Internet of Things. The organization brings together major international players from the industrial and utility sectors to support the implementation of Long Range Wide Area Network Technology called Wize.

Who Founded the Wize Alliance and why?

The Wize Alliance was founded by SUEZ, Sagemcom, and GRDF to secure the durability and sustainability of the WIZE technology and to export the technology and enter new markets, particularly Smart Cities.

Additional reasons as to why the Wize Alliance was formed include:

The alliance has grown since then to include 40 + members operating in a number of different industries: Energy and water grid operators, transmission and distribution operators, equipment, semiconductor and battery manufacturers, information systems and complex industrial system integrators, security experts, academics, wireless technology experts, start-ups, and more. Radiocrafts is a member of the Wize Alliance.

Wize technology’s basics have been implemented and industrialized since 2005, the first deployments being automated meter reading (AMR) for water meters. It has been successfully deployed and operated by cities and professionals for more than 10 years. Since 2019, Wize technology connects more than 3 million water meters and will be enabled for 11 million communicating gas meters by 2022. More than 500 cities across 15 countries use it.

Wize is a 169 MHz IIoT technology designed to achieve long range, great object penetration, and long battery life. It is based on Wireless M-Bus mode N which has been used in millions of gas and water meters in commercial operation for several years. Wize has several benefits which include:

Many of the benefits of using Wize, or Wireless M-Bus at 169 MHz, comes from the radio properties. The range and therefore the radio area coverage come as a result of combining several features: 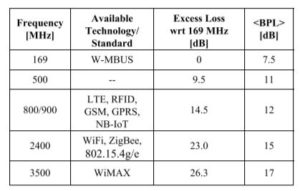 Read more this in our Wize Protocol White Paper here.

The Wize protocol is a long range, low power, and bi-directional radio communication that operates in the 169 MHz frequency. Wize was specifically designed to connect hard-to-reach objects and to ensure deployments on a territory-wide scale for the city’s uses, which require integration in a constrained environment: metering, public lighting, energy management of buildings and etc.

Additionally, on a territory-wide scale, deployment of the network is simple and fast because the technology requires little equipment (a communicating object and a concentrator). No repeater system, no pairing or complex programming sensors are required. Wize is an open standard meaning you won’t have to pay any expensive fees.

Wize has very good performance in range, penetration, and special redundancy, which have been confirmed in the framework of large-scale field deployments. Since the device has a battery lifetime of up to 20 years and a minimum amount of equipment needed in the system, this proves to be a low maintenance technology, helping you save money.

You can read more about the Wize module here.

Subscribe to our webinar on “The Wize Ecosystem: Wize Protocol and Products” for more information on the Wize Alliance, the Wize technology, and Wize products, such as, modules, gateways and network access, and Wize end products!

What To Take Away From This Blog?

The world is becoming more city-centric as masses of people are continuously choosing the city-lifestyle over the rural-lifestyle. We need to adapt to these shifts in living conditions through the evolution of technology. In this blog post, we have often times seen these new technologies such as sensors, and other general IoT devices be located in hard-to-reach places with poor signal propagation. In these cases, the 169 MHz ISM band is optimal. One such technology is Wize, which offers a relative low operating frequency (169 MHz) and high transmission power. These factors are the fundamental key to the long range and great penetration properties that can be achieved with Wize. Even several kilometre range in urban areas, with deep penetration into buildings and other “hard to reach” places. There are several associations and groups around the world such as Wize Alliance and CEN TC294 who are on a quest to develop sustainable solutions for the 169 MHz frequency band. Radiocrafts is a part of both of these groups and as a result of this, have several products which support the 169 MHz frequency band, including the new Wize Protocol which will take the world by storm.